I Believe I Can Touch The Sky: Middle/High School Graduation 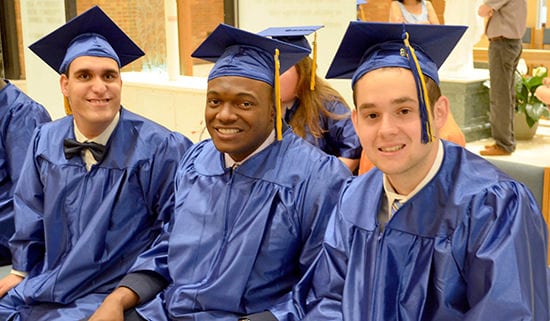 “If you think back to our origin story a parent in 1948 put an ad in the New York Post that said ‘Looking for other family members that want to start services,’” Gary Lind, Executive Director, said to the graduates. “Over 67 years we’ve been trying to provide supports and services for New York City and all from the spark of that parent. That’s what you represent here today. You are that hope, you are that heart of families and traditions going back generations and generations.”

The ceremony began with a video slideshow accompanied by the MHS Choir singing R. Kelly’s song, I Believe I Can Fly. Following another choir-led performance of the Star Spangled Banner , Rev. Monsignor Ronald T. Marino gave the benediction, followed by special awards given out on behalf of State Senator, Martin J. Golden.

In addition to Mr. Lind, MHS Principal Andrew Winfrey and Christina Muccioli, Director of Educational Services, gave speeches praising the graduates and staff for their accomplishments over their long tenures. Several staffers received flowers as a thank-you for their hard work and dedication. 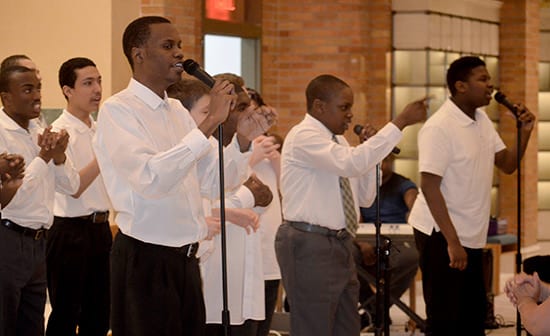 The ceremony closed with a group performance of Rachel Platten’s Fight Song and a farewell message from student, Harry Burekhovich. Many of the graduates will move on to AHRC NYC’s adult programs. Others will take some time off before deciding their next step.

AHRC New York City congratulates all of the graduates and their families, and the entire staff at the Middle/High School for another successful and enriching year of support students with disabilities.