Students with autism of all ages occasionally engage in extended periods of challenging behavior.  These behaviors can become challenging due to their frequency, intensity, or duration.  If the behavior is persistent and pervasive enough that learning and/or the safety of the classmates or educators is jeopardized, trained behavior interventionists will create a plan for changing the student’s behavior.  Functional Behavioral Assessment, (FBA) helps educators to understand the function(s) of the behavior.  Then educators can design interventions to teach appropriate replacement behavior(s).

The rationale behind conducting an FBA is that all behavior serves an identifiable purpose.  Under operant conditioning principles, individuals “learn” to engage in certain behaviors in order to fulfill a particular need.  Specifically, student behavior occurs for one of the following four reasons:

Students with autism have been shown to adhere to these behavioral theories.

AHRC NYC’s school psychologists supervise the FBA process.  Classroom staff collect data.  FBA data collection strategies include using A-B-C charts to better understand the role of antecedents and consequences in maintaining the behavior. Scatterplots help to identify certain times of the day and environments that show higher rates of student behavior.  After a period of data collection, the student’s educational team will meet to analyze this information.  A behavioral hypothesis is used to create an individualized behavior plan. Each team member’s role in the behavioral modification is addressed. 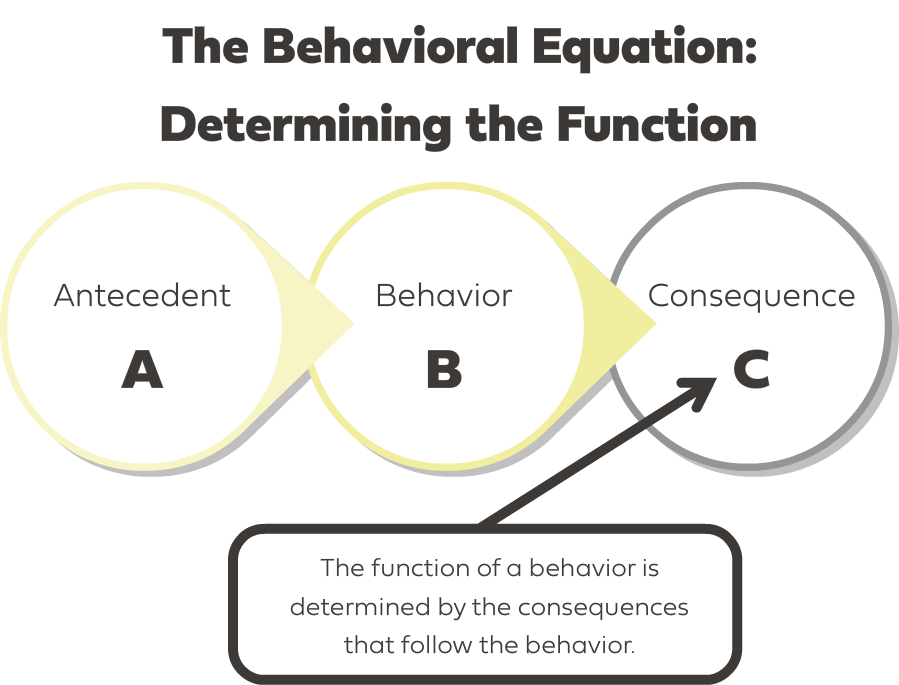 A more formalized process of identifying the function of a behavior is called a Functional Analysis, (FA).  An FA is a more clinical approach to determining which of the four functions is maintaining the behavior.  In our schools, only highly-trained Board Certified Behavior Analysts (BCBAs) are responsible for conducting FAs.

In a Functional Analysis, interventionists create a safe environment in which BCBAs can “test” different behavioral hypotheses.  Through repeated exposure to different behavioral environments, interventionists can confidently identify the student motivations.  While FAs allow educators to be more assured of their hypotheses, they are time-consuming and difficult to conduct. As a result, they are only implemented by highly-trained behavior specialists only after an FBA has been insufficient.

BCBA are educational professionals who conduct systematic behavioral assessments, including functional analyses and functional assessments. BCBAs provide analytic interpretations of the results. In AHRC NYC’s schools, the BCBA is responsible for the design of specific interventions and the supervision of behavioral strategies to ensure their effectiveness.

Although most students with autism do not display aberrant behavior, there are instances in which individual patterns of behavior can become disruptive.  In these situations, BCBAs can play an important role in modifying behavior.